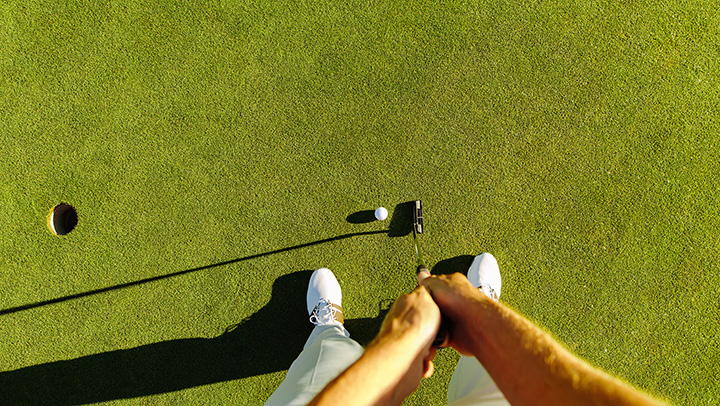 The first step for this young organization was to secure a suitable location. A lease of the present site near Diaz Lake was obtained through the cooperation of a local cattleman and the Department of Water & Power of the City of Los Angeles. The second step was the design. After several meetings where a great deal of discussion occurred among interested local persons and professional golfers as well, we decided to consult one of the better known golf architects, Mr. Bob Baldock of Fresno, California. Under his direction and supervision, construction of the course in accordance with his design was begun in the summer of 1958.

The actual construction of the golf course was a long and tedious job, starting with the draining of the field, which was merely a swamp. Then followed development of the water for irrigation. This was accomplished with the aid of a dragline furnished through the courtesy of the Columbia Southern Chemical Corp. The rough grading and heavy work required heavy equipment for which the club is greatly indebted to Mrs. Doris Emley and Wm. Bonham who contributed the use of their bulldozers. Joe Bonham of Inyo Builders extended use of ALL his equipment. These individuals are just a very few of the many people who share responsibility for the success of the golf course.